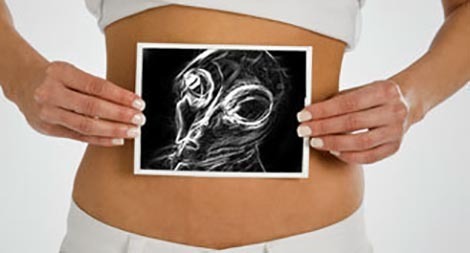 6 Terrifying Things Nobody Tells You About Newborns Working mom drops the mic with list of society's expectations: 'I'm ready to lean out' Jessica Simpson built a fashion empire. But this full bottle of breast milk is 'success'

Pink to shamers who criticized photo of son without diaper: 'You're all [expletive] disgusting'

Did pregnant Jessica Simpson just win the #10yearchallenge with a foot photo?

That milk ducts image is only somewhat accurate, but also 'not something to be scared of'

That milk ducts image is only somewhat accurate, but also 'not something to be scared of'

Experts say that anatomically, the image is correct, but it's a little misleading because it pictures the milk ducts as muscle, which they're not.

Here's the truth behind photo that had many judging this mom

Don't clip your child's wings. Your toddler's mission in life is to gain independence. So when she's developmentally capable of putting her toys away, clearing her plate from the table, and dressing herself, let her. Giving a child responsibility is good for her self-esteem (and your sanity!).

People are freaking out over this viral photo of milk ducts. (Photo: Anatomy & Physiology iPad app)

A photo of milk ducts has gone viral on social media and everyone is freaking out — for good reason.

A woman by the name of "Artist formerly known as Beyoncé" shared a photo to Twitter of the female muscular system that depicted milk ducts. The image appears to be pulled from an iPad app called Anatomy & Physiology.

"I just realized I never saw a photo of a female muscle system," wrote the woman. "This is NOT what I imagined milk ducts to look like." She continued, expressing her distress at the realization of what was going on inside her body.

Everything you need to know about mastitis

The responses to the woman's tweet ranged from some sharing in her traumatized feelings to some finding the image to be beautiful and flower-like. Others were just intrigued.

I just realized I never saw a photo of a female muscle system. This is NOT what I imagined milk ducts to look like. pic.twitter.com/GBK6trgXF8

"At first I thought someone put flowers over boobs because art. Now, it looks like a weird alien creature lives inside my body and I'm terrified," one responded on Twitter.

"It’s beautiful to me," wrote one commenter. "I breastfed my kids and wow! Those things nourished my babies."

Eat at least one meal as a family each day. Sitting down at the table together is a relaxed way for everyone to connect - a time to share happy news, talk about the day, or tell a silly joke. It also helps your kids develop healthy eating habits.

For those of you going into full panic mode, you can rest assured that the image isn't entirely accurate.

They aren't really that symmetrical

Experts say that although the image is anatomically correct and is technically what milk ducts look like, the way they're pictured on the muscular system gives off the wrong idea.

Eric Rodriguez, the managing editor of InnerBody says that the lobes in the milk ducts aren't made of muscle and are encased in breast tissue and fat.

"Lobes are not muscle, and that’s probably my biggest gripe with photo," Rodriguez says. "Most organs, when you depict them, tend to be red because it’s the color of blood, but when you put it together like this it looks like we have these flower muscles on our breasts and that’s not the case."

Yaaaasssss mama! Michelle Branch shares photo of her breastfeeding during her wedding

He adds that the reason the image surprises most people is because of how perfectly symmetrical the lobes are, which wouldn't be the case if they were pictured normally inside the breast.

Milk ducts are encased behind tissue and fat and are not part of the muscular system. (Photo: InnerBody)

It's more accurate for breastfeeding women

Dr. Donald Matz, the chair of the anatomy department at Des Moines University, says the photo is accurate for lactating females and those ready to give birth.

Matz says that on a non-lactating female, the glands would be a lot smaller than those pictured in the image.

"If you want children to keep their feet on the ground, put some responsibility on their shoulders." - Abigail Van Buren

"The location is accurate, as far as the anatomical location. It’s accurate with the glands being swollen. It’s not accurate because there’s no tissue around it," says Matz who adds that the breast is not normally classified with the muscular system.

Rodriguez notes that it's a good thing that the photo has gone viral.

"It’s not something to be scared of, it’s something to be fascinated about and learn more about," Rodriguez says. "These are parts of our bodies that we live with and it's amazing how little we think about how they work."

The YouTuber uploaded a selfie of her bare pregnant stomach and shared that throughout the last five years, her body has caused her "tears, frustration, insecurities, low confidence, and doubt." "As much as I wanna write a motivational caption saying how much I embrace these, I don’t like them.