High schooler fights to wear tuxedo in her yearbook photo: 'That's who I am' 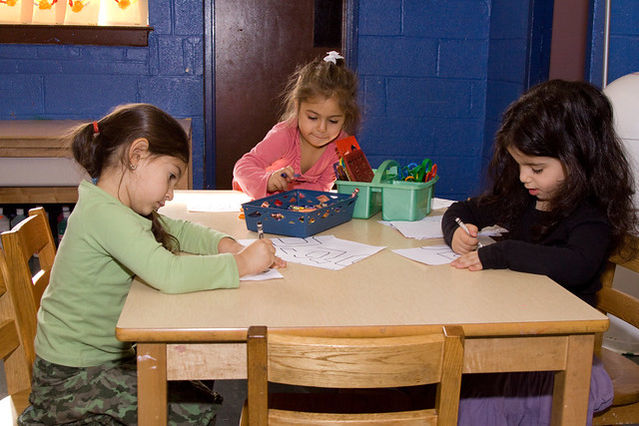 Cafeteria lunches often leave much to be desired, but one Minnesota high schooler’s meal looked so pitiful that it quickly went viral — and may soon prompt change throughout her district.On Sept. 13, Maryn Holler, a student at Apollo High School in St. Cloud, Minnesota, posted a photo of her lunch on Facebook. It consisted of a hot dog bun with a glob of melted cheese, some marinara sauce (for dipping?) and a handful of baby carrots.

But what really upset the student — and hundreds of commenters — wasn't just what was on her tray, it was how much it cost. “Alright so I paid for this to eat at lunch today. I thank God everyday that my family has the money where I get to go home and eat actual food," Holler wrote. "There are kids at this school who this is ALL THEY GET TO EAT, and we were given a hotdog bun with cheese. It’s honestly sad to know that we go to school and pay around 3 dollars for something that cost .50 cents to make."

The post soon went viral and has since been shared over 1,000 times. Many of those commenting said they were parents and were horrified by the photo. Others shared similar stories or photos and demanded schools do better.

“As someone who works for Nutrition Services in another school district in Minnesota, that is sad and I'm sorry you and other students had to pay for that. Obviously someone was not doing their job right and the students suffered for it. I hope by your post and justified concern that this problem will be solved and things will be better,” someone commented.

"Kids need real food and protein while they at in school wonder why some kids starving when they get home," wrote another commenter.

“That is a PATHETIC MEAL FROM A PATHETIC SCHOOL,” another person said. According to the nutrition standards set by the National School Lunch and School Breakfast Programs, the government requires “most schools to increase the availability of fruits, vegetables, whole grains, and fat- free and low-fat fluid milk in school meals; reduce the levels of sodium, saturated fat and trans-fat in meals; and meet the nutrition needs of school children within their calorie requirements.”In addition to looking unappetizing, Holler’s post highlighted the larger issue that when schools are underfunded, many cafeterias can’t afford to serve better quality food.

“I am sure it is hard to provide a quality lunch on a tight budget but we have to do better than fat on carbs with processed sauces,” someone said.

"Life affords no greater responsibility, no greater privilege, than the raising of the next generation."- C. Everett Koop

Many school lunches are funded by The National School Lunch Program, which provides free meals to 31 million students daily. While those meals are required to meet certain nutritional standards, the participating schools receive only $1.30 to spend for each child, and this amount also has to cover any labor, equipment, electricity and other costs (in addition to the food), according to Food Revolution Network.

As the post garnered more attention, Holler posted an update, noting that she met with her school principal and would later be meeting with a nutritionist from her school district. “This is the start of something that could forever change my district,” she wrote.

The St. Cloud Area School District 742 posted a note on its own Facebook page:

“Oops! We goofed. Tried a new menu item today at lunch and we hear it was not a winner! Going forward, we will gather input from our students on new menu options. Thanks for the feedback!” the post said.

While many people thanked the district for acknowledging the mistake, others argued that those planning school meals need to do more to provide healthy lunch options.

“You knew what you were doing and the lack of care going into the children's meals. When I was in school I completely relied on my at school meal to get by, I'm so grateful that was before they started doing things like this. Those poor kids,” one person wrote.

A spokesperson for the St. Cloud school district told TODAY that all breakfast and lunch meals served at area schools “exceed the Healthy Hunger-Free Kids Act regulations and meet the standards set by The Alliance for a Healthier Generation."In addition to offering multiple entree options, the district said it also provides six to eight varieties of fruits and vegetables daily. Cafeterias also offer several different types of milk, including1%, skim, chocolate, as well as Lactaid or soy milk for students with dairy allergies.

To protect students in the event of an actual school shooting, schools hold lockdown or active shooter drills, where children learn to barricade themselves inside classrooms or crouch atop toilet seats to help them survive.During a lockdown or drill, schools need to tell students and teachers what's going on, Kennedy-Paine says.

The spokesperson added that Apollo High School is now in the process of creating a student food advisory committee (which Holler has been invited to join), though they did not specify any details as to how suggestions would be taken into consideration for future menu planning.