'My best mum-friend ghosted me when her kid bullied mine' 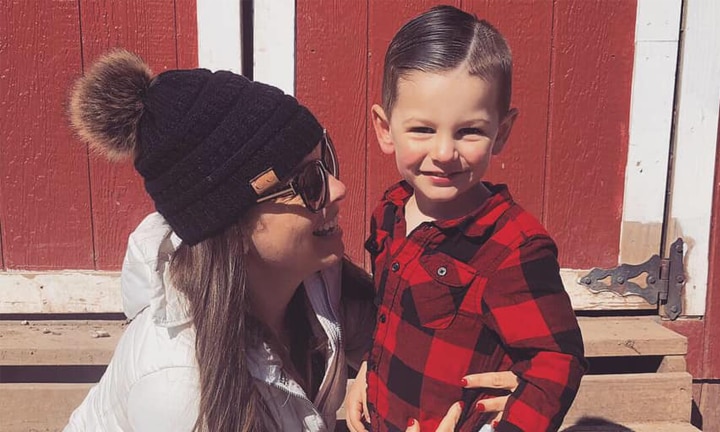 'A stranger smacked my son': When parents aren't all on the same team Emilio Estevez Going to Be a Grandfather: 'a Lot Is Going to Change' The teenage son of actor Billy Baldwin and Wilson Phillips singer Chynna Phillips is in remission after spending the past year privately battling cancer.Baldwin, 56, opened up about his son Vance's cancer battle publicly for the first time on Friday. The actor shared a photo of Vance, 17, looking dapper as he buttoned up a long sleeve shirt. A second photo showed the shirt was printed with the hashtags "#F#ckCancer" and "#Wearegoingtobeatit."

I made it five years, seven months and 17 days to get my son and myself to this point (not that I’m counting).Wyatt weighed just 900 grams when he was born.

"A year ago today my son Vance was diagnosed with cancer... he was 16 years old. He kept it very quiet... we all did," Billy wrote.

Over the past year, Vance went through 28 rounds of chemotherapy, however his proud dad said his son remained "positive, focused and kept his life as normal as possible... every single day."

Vance also celebrated the good news on his Instagram, writing, "Got diagnosed a year ago today, been clear for months now."

Billy wants the world to know that he couldn't be prouder of his "tough as nails" son.

"Heart of gold. Courage, strength, bravery, attitude, warrior... never seen anything like it," he wrote. "Never been prouder. Love you son."

The "Northern Rescue" star also took the opportunity to give a shout out to everyone who helped support Vance over the past year, including his mother, two siblings, friends, teachers, coaches and the entire Santa Barbara, California community.